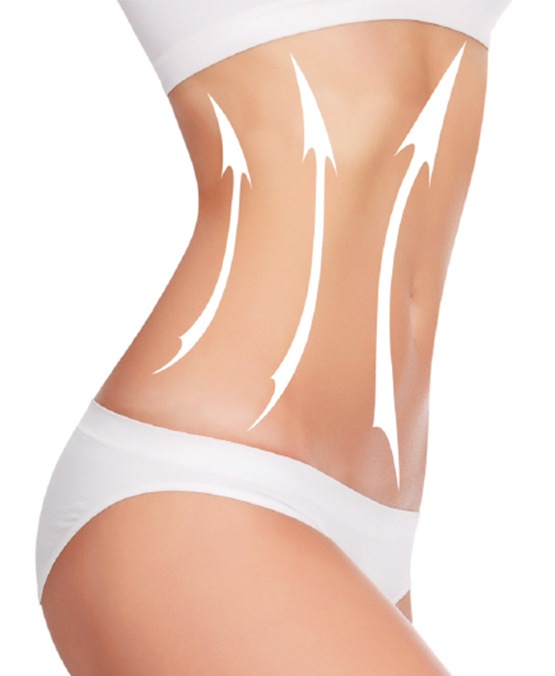 Liposuction surgery is procedure of removing fat accumulations which is gathered in some regions and which cannot be reduced despite the diet/exercise.

What are the causes of fat accumulation in the body?

The most common cause of fat accumulation in the body is eating too much or irregular eating habit. If people take more calories (the quantity of energy) compared to that required for their daily activities, fat is accumulated in their body. The cause of more fat accumulation in some regions depends on the gender and on the genetic structure. For example, while it usually tends to accumulate in the lower part of the abdomen, it has a tendency to accumulate in the abdomen and in the hip.

How is Liposuction surgery performed?

In the Liposuction procedure, fat tissue is accessed by means of subcutaneous cannulas via opened approximately half-a-centimeter holes. These cannulas are connected to vacuum device and the pieces that cannulas separates from the fat tissue are taken out by drawing via vacuum.

What should be performed before liposuction surgery?

Liposuction surgeries are usually performed under general anesthesia. Screenings in terms of blood levels, liver function tests, renal function tests, clothing values and contagious diseases by making blood analyses of the patients before the surgery. The status of the lungs is investigated by acquiring pulmonary X-ray films and the heart rhythm and cardiac status are investigated by taking electrocardiography (ECG). Furthermore, if the patient has an additional disease, tests concerning this disease are made and consultation are established from the concerning department about whether he or she has any status that will hinder the surgery if necessary.

How long does Liposuction surgery last?

Liposuction surgery lasts one to three hours depending on the quantity of fat to be taken.

Following the Liposuction surgery, how many days is it necessary to be hospitalized?

Time for hospitalization varies depending on the quantity to be taken. While people are discharged from the hospital on the same day when liposuction is performed only in one region, people in which liposuction is done from several regions are monitored for one to two days.

When the patients can return to the social life and professional life after liposuction surgery?

People can return to their social lives after the liposuction procedure approximately one week later. The return to professional life lasts two weeks.

How much trace may persist after the Liposuction surgery?

After liposuction surgery half-a-centimeter traces belonging only to the entrance of the cannulas remain. While these are in red color at the beginning, they take the color of the skin with time and their prominence extremely decreases.

What are the boredoms that can be seen depending on Liposuction surgery?

The most commonly seen boredom in the earlier period after the Liposuction surgery are bleeding and leakages. These can last for several days. The boredom that will be seen in the following days are the bruises and stiffness seen in the areas where liposuction is performed. These bruises and the stiffness occurring in relation with tissue edemas heal in one to six months. The unfavorableness seen in long term is the irregularities in the locations in which liposuction is performed. Collapses and irregularities being related with wound healing may occur.