What is nose remodeling? 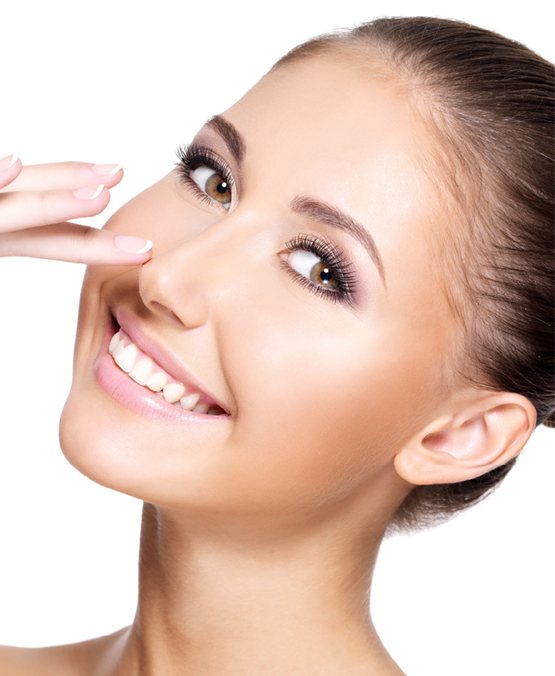 Nose remodeling is the reshaping procedure of the nose to form a nose being harmonious with the face of the person and which can breathe healthily. With nose remodeling surgery, curvatures on the nose are corrected, respiratory tract is opened, hook is removed in hook nose, if vibrissa are big and large they can be narrowed, if nose tip large and round if can be shrunk.

What are the causes of nose curvatures?

As they can be structural (genetic), nose curvatures can take place as a result of falls, strike and accidents.

By which technic nose surgery is performed?

Nose surgeries can be done with open and closed technic. Which technic will be applied is decided depending on the nose structure of the person and on the problem of the person.

What are the issues to be cared before the nose remodeling?

What should be done before the nose remodeling?

Nose remodeling is done either under local anesthesia or general anesthesia depending on the extent of the surgery to be performed. In patients in which local application will be performed, blood analysis is usually sufficient. If a surgery under general anesthesia is planned additional analyses are required. Screenings in terms of blood levels, liver function tests, renal function tests, clothing values and contagious diseases by making blood analyses. The status of the lungs is investigated by acquiring pulmonary X-ray films and the heart rhythm and cardiac status are investigated by taking electrocardiography (ECG). Furthermore, if the patient has an additional disease, tests concerning this disease are made and consultation are established from the concerning department about whether he or she has any status that will hinder the surgery if necessary.

How long does the nose remodeling surgery last?

While it lasts one to two weeks in small procedures, it may last four to five hours in surgeries in which nose should be reshaped completely from inner and outer sides.

How many times one should be hospitalized following the nose remodeling surgery?

The patients are discharged from the hospital in the same day after the nose remodeling surgeries.

How much bruises and swellings take place after the nose remodeling surgery?

If bone breaking, cartilage extraction or bone rasping procedures are applied, swellings and bruises may occur. The degree of them may vary from person to person. For example, while swelling and bruise may be very serious in a patient that we performed the same procedures, these can be recovered slightly in another patient.

In nose remodeling surgery how many days does the recovery period las?

On the condition that the recovery process varies depending on the procedure and on the patient, the recovery period lasts seven to fifteen days on average.

Following the nose remodeling surgery, when the patient can return to the social life and professional life?

Following the nose remodeling surgery, how much trace may persist?